i've seen some articles about witch house being dead but I keep finding new sounds almost weekly coming out around the world - seems to me that the sound is expanding.. check out tumblr sites and other mediums that are posting about new artists
Top

I keep hearing that whole "Witch House Is Dead" bullshit too. I'm hearing more new stuff now than I was 2 years ago though, and it's way better. also, the Witchy sound has become mainstream. Kap Bambino, Crystal Castles, Chalie XCX etc have all released really great witchy stuff in the last 6 months. Also, my band has got it's ass into gear and made some completely BAD ASS shit!!! >>>> listen to this ^_^ http://soundcloud.com/oo-oo-shadowofsev ... we-thought
••∆•• (Shadowofseven) http://soundcloud.com/oo-oo-shadowofseven
Top


tr00 i think the ultra-elite hipsters aren't into it anymore and now the urban outfitters kids are getting witchy, but that doesn't mean that there's no real shit being put out nowadays. owl cave just put out Okk▼l† K▲††'s debut and it has that 2010 sound. that shit is awesome. MSV just put out crack witch part 2. blvck ceiling has put out three awesome releases this year. i mean the list goes on. there's so much new quality shit. as far as witch house goes i say it's only dead if you are.
http://soundcloud.com/skvllparty

Totally agree - the genre is expanding and changing. Dubstep was a certain slow deep bass sound from 2006-2009 in tiny clubs in london suburbs then people said it was dead now look how it's expanded and has grown, although it's fast over-modulated bass club music now. I also hear better production, new artists coming out and I think while there is a fashion aesthetic to witch house, the music is just growing. I look forward to it growing.
Top

It most certainly is not dead !
In order for it to die out it would need to gain massive mainstream exposure by being picked up and hyped by a number of well known French or UK house producer/dj's who spin some of the more accessable tracks at the Likes of Electric Daisy Carnival to a bunch of intoxicated and flowered up frat boys and half naked raver chicks.This would be followed by certain well known pop artists jumping on the band wagon by getting some well known producers to record their up and coming albums which would then go on to sell quadzillion platinum, making the genre a household name globally. Oh wait a minute have to stop myself there, isn't this whats happening to dubstep ?
Massive overexposure followed by the inevitable backlash of fans and critics is the only way a genre will die out.
Witchhouse is too underground to die out. If the artists have no interest in fame and fortune, the movement will not gain the mainstream exposure needed for the backlash to occur that would eventually lead to its down fall.
Top

it's not dead, but I'l tell ya what's disappointing... if you go in the witch house soundcloud group and listen to stuff...
goddamn, there is sooooo much same-y sounding bullshit in there. flat, boring, & emotionless. I mean, it'd be one thing if it was all the same but good, but it's just all so bad....
I think they all must use the same presets in the same programs.
If you're Into It, I'm Out Of It
Top

Tends to happen with any "scene" or movement - lasts long enough a new orthodoxy develops, flying in the face of the reason the new movement happened anyway - sick and tired of the same old rules, received wisdom and herd mentality. Look at the sorry state of a lot of punk now - box tickers playing covers, revering a past they were never part of. But be it witch house or hardcore or dubstep there will always be people who're into it for the right reasons and aren't (as in this case) putting loads of reverb on a basic saw wave synth line, wailing unintelligibly in the background and putting all the effort into the cover which will of course have crosses and triangles on it, 'cos them's the rules. Those people will always be there whatever new thing starts, but no, there's life in the old hag yet.
http://soundcloud.com/dan-wreck
neuroticwreck.bandcamp.com
Mood music for moodswings.
Top 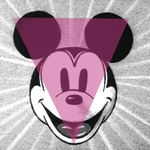 Well a lot of the bands associated with the witch house 2010 movement or release field definitely seemed to have evolved into something else entirely. Grimes is now MTV pop star core, Fostercare is doing 90's techno inspired trippy stuff, Ritualz is doing a form of EBM, etc. Holy Other is the support for Amon Tobin's big ISAM Live 2.0 tour, showing his slightly darker r and b vibe that oOoOO is also doing. I love it. Am I into the throngs of derivative droney trap clap with nothing really interesting going on? Nope. But there's a LOT of wh related acts I am big into(Arc, anything Black Ceiling remixes, Tash WIlmore, Gazelle Twin, Fatima al Qadiri, Sleephound, etc)

The glut of "me too" wh acts is what happened with the "aggrotech" thing in the goth EBM scene of the 2000's.
Pretty soon there was countless kids on myspace doing shitty gas mask/biohazard emblem'd distorted trancey cybergoth music.

But yeah the witchy trap drag sound has definitely mutated into bigger arenas. Purity Ring to me definitely has a distinct witchy sound, and clearly that's the vibe Crystal Castles is going with their new album. Trap hip hop, which segements of the wh scene were re-appropriating, has now reappropriated the triangles/crosses/masks/etc tropes.

re: hipsters. I actually never really see anyone at wh shows(aside from me) dressing very goth. Usually it's the same crowd you'll find at any other indie show. It's unfortunate for the most part the goth scene never seemed to discover it.

But if you think about it, what is witch house? The indie underground from which it originated in seems so undefineable. Minimal wave, neo italio, alternative industrial, subversive queer rap, weird arty noise bands, 90's techno revival.

RE: dubstep...be it Disney autotune pop on the radio, tv commercials, movie trailers, or just cars whizzing by dubstep is EVERYWHERE or at least forms of it. Dubstep is probably one of the most biggest cultural phenomenons of the last couple years in America
http://vandalaze.tumblr.com/ http://soundcloud.com/vandalaze http://www.youtube.com/vandalazeZEVO
Top

true. it's weird.
I see kids wearing t-shirts that just say DUBSTEP on them.
wtf. (I never wore t-shirts that said BREAKCORE or MUSIQUE CONCRETE on them when I was a teenager.)

and anyhow... they all just listen to brostep, it's not even true dubstep. (Something J, DJ Maxximus, etc...)
If you're Into It, I'm Out Of It
Top
Post Reply
18 posts